Listen to New U2

The new U2 release, "No Line on the Horizon," is now available for a free listen at the band's MySpace page.

Under the menu in the audio section, about half way down on the page, select "No Line..." and get a head start listening to the band's first release in four years. The album is released next week to the market.

One song has already jumped out in my mind. "Magnificient" lives up to its billing.

UPDATE: Review by Andy Whitman
Posted by Living the Biblios at 11:19 PM No comments:

Comic Relief for Our Economy

This Calvin & Hobbes comic strip is the perfect commentary on our current economic situation.

HT: Justin Taylor
Posted by Living the Biblios at 4:41 AM No comments:

Sunday afternoon I was at our local nursing home visiting our church's members. After spending a few minutes with Luella, I concluded our time by saying to her the benediction of blessing taken from Numbers 6:24-26 and often spoken at the end of worship:

"May the Lord bless you and keep you and make His face shine on you. May He be ever gracious to you and give you His peace. Amen."

Luella looked at me and then replied in all seriousness: "Oh, don't you think that's just going a bit too far?"

I couldn't help but burst out laughing. I've spoken that benediction for years and never had anyone say that!

But I suppose that if we really ponder who it is who gives the blessing and the nature of that blessing, it truly is overwhelming.
Posted by Living the Biblios at 6:18 AM No comments:

The Logic of Same Gender Marriage

Being a pastor in the United Church of Christ for over ten years, I've had several conversations about same gender marriage.

Almost always, the reply was, "Oh, that's ridiculous." Only once was someone honest enough to tell me, "Well, we're not there yet."

Now, we're a little bit closer to there. From CNews:

Canada’s decision to legalize gay marriage has paved the way for polygamy to be legal as well, a defense lawyer said Wednesday as the two leaders of rival polygamous communities made their first court appearance.

The case is the first to test Canada’s polygamy laws.

Yes, it is ridiculous.

Posted by Living the Biblios at 6:09 AM No comments:

In Memory of Dr. Harold Hoehner

Today I was surprised and saddened to learn that Dr. Harold Hoehner, long time New Testament professor at Dallas Theological Seminary, passed away today at the age of 74. Hoehner had recently retired after teaching at my alma mater for 42 years.

While I was never a top-drawer seminary student, Dr. Hoehner nevertheless took a personal interest in my life and ministry.

His class on Romans was demanding, yet inspiring. I'll always remember what he proclaimed about Romans 3:21-23: "The Gospel is not, 'Believe in Jesus and then your sins will be forgiven.' Rather, the Gospel is, 'Your sins are forgiven, will you believe?'" After every class in Romans, I carefully filed away his charts and outlines. Later I took his class on Revelation. The smaller class size gave me the chance to know him better. While he was quite adept at handling Scripture, seeing him exposit the last book of the Bible revealed to me his passion for the Good News. But taking his New Testament Introduction class nearly killed me--I could never master all those dates and events! But his bad Texas A&M Aggie jokes kept us all engaged.

After graduation in 1995, I visited with Dr. Hoehner a number of times when I returned to campus. Because Dr. Hoehner grew up in a liberal Congregational church, he was pleased to learn that I had taken an untradtional route for most DTS graduates--by going to a pastorate in a mainline Congregational Church that was leary of its liberal denomination. He graciously took my phone call when I called to discuss the issue of same-gender marriage. On another occasion, he made a point to thank me for the card I sent him when his commentary on Ephesians finally came out.

The last time I saw Dr. Hoehner was in July of 2008. He was pleased to learn I was teaching New Testament at Sterling College and he inquired about my church and family. When he shared that he was retiring, I thanked him for everything he passed on to me. In hindsight, I think Dr. Hoehner was firmly resolved to retire; he said the time was right and the seminary was in good hands. In his mind, the decision was correct. But I sense that maybe his heart wasn't quite as persuaded.

And now, Dr. Hoehner has gone on to his heavenly home-- and to marvel at the glory and riches of his justification made real through Christ's death. May the Lord 's grace and peace be upon Dr. Hoehner's family and friends.
Posted by Living the Biblios at 8:28 PM No comments: 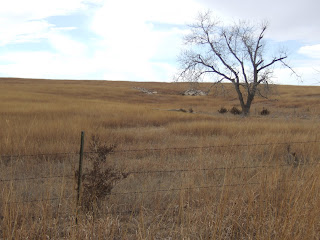 Posted by Living the Biblios at 9:07 AM No comments:

This abortion didn't go as planned, but it ended up illustrating exactly what abortion is--the taking of a human life.

Check out this story.
Posted by Living the Biblios at 7:58 AM No comments:

One of my favorite guitarists and songwriters, Scottish folk-blues singer John Martyn, died January 29 in Ireland at the age of 60.

Martyn created many magical albums in the decade of the 1970's and early 1980's.

Solid Air, One World, and Grace & Danger were some of my favorites. I spent many a lonely night listening to those.

Clapton's "May You Never" is a Martyn original.

Check out YouTube clips of Martyn here.
Posted by Living the Biblios at 2:43 AM No comments: 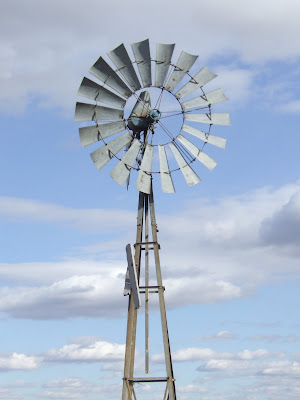 Posted by Living the Biblios at 5:25 AM No comments:

It's Snowing in Ohio, But Meanwhile in Kansas 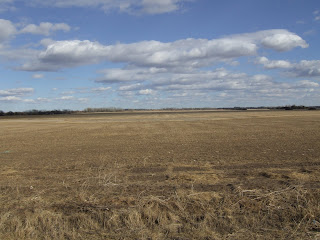 Posted by Living the Biblios at 5:19 PM No comments: