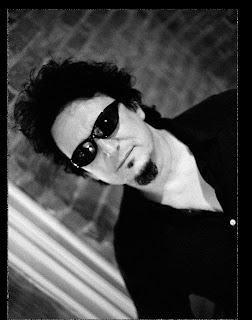 The free will benefit concert will support Gavin Schlatter, a local seven year old boy who is suffering a long term illness.

Roe (The 77’s, The Lost Dogs) is an autumnal, bluesy, introspective kind of guy who is a master on any guitar put in his hands. Vocally and stylistically he spans the years from Blind Willy Johnson, to Chuck Berry, to Elvis Presley, to Johnny Cash, to Neil Young, to Art Garfunkel. Roe can cover any genre and any style without skipping a beat. He is an all-things-to-all men guitarist/vocalist for the rootsy, collaborative Lost Dogs. Regardless of the hat he is wearing, Michael Roe has, over the course of his 25+ years as a national recording artist, delivered well-crafted songs and lyrics to his audience.

Roe is also a much-demanded producer and session player and has spent considerable time discovering, producing and playing on many diverse projects. Some of his additional works have been recorded by both general market players and Christian music’s most popular artists.

Michael Roe has carved out a body of work that is broad, deep, well regarded and much acclaimed. In each of his recordings, Roe desires not only to set forth a well written song but also to show himself as a real human being, writing from his experience of life’s difficulties and struggles as well as life’s joys and promises. “These songs are a forum where I dialogue with myself and with God. A lot of these are prayers, some of them are promises I’m making to myself, some of them are just wishful thinking. Oftentimes my songs tell on me, they indict me, they provoke me, they convict me.” Adds Roe, “We’re only here for a short time, in this veil of tears...I hope my songs help people in general to realize what we have been given and how much is available to us.”

On a personal note, I've been a fan of Mike's for more than 20 years. I'm pleased to welcome him back to small town America.
Posted by Living the Biblios at 7:20 AM No comments:

Mark Driscoll, pastor of Mars Hill Church in Seattle, has put out a no non-sense book on fatherhood. It's typical Mark and its worth a read.

An excerpt from the last chapter:

As Christians, we do not emulate these men in any way. They are the world, and we are the church. In the church, things are different because Jesus and his men are our example. Repentant men who desire to walk with Jesus, love women, and love children with masculine dignity are welcome. But men who want to abuse our sisters in Christ and ignore their responsibilities are unwelcome. Simply, churches must demand that sinful men change or leave.

Check it out for free here.

HT: Justin Taylor
Posted by Living the Biblios at 7:01 AM 2 comments:

It will force doctors to participate in government programs and deny liberty.

It will decrease competition among insurance companies and care facilities.

It will decrease choices in treatment because the government will always have its eye on cutting costs, not finding the best treatment for the individual patient.

Government already has burdened citizens and insurance companies with high costs because it underfunds Medicare and Medicaid, effectively on passing costs.

Great job Senator Coburn!
Posted by Living the Biblios at 1:28 AM No comments:

Yesterday, Pastor Chuck Swindoll on his radio program Insight for Living was talking about Job and the hardships he suffered.

While observing how our media relishes the chance to emphasize the negative, Swindoll said:

"Even the weatherman says, 'Partly cloudy.'"
Posted by Living the Biblios at 2:31 AM No comments:

Great Quote from My Son

This morning I enjoyed "Daddy" time with my six year old son. First we got a donut, then took him to the dentist, followed by a haircut, and then to a swimming lesson.

Over a donut and juice, my son says this out of the blue:

"Daddy, I can dream with my eyes open."

Son, may God enable you to always do so.
Posted by Living the Biblios at 2:29 PM No comments:

CBS "Late Show" host David Letterman is offering an apology today to Alaskan governor Sarah Palin for a crude joke he recently made about Palin and her daughter.

According to The Live Feed, Letterman says the following on tonight's show:

I was watching the Jim Lehrer ‘Newshour’ – this commentator, the columnist Mark Shields, was talking about how I had made this indefensible joke about the 14-year-old girl, and I thought, ‘Oh, boy, now I’m beginning to understand what the problem is here. It’s the perception rather than the intent.’ It doesn’t make any difference what my intent was, it’s the perception. And, as they say about jokes, if you have to explain the joke, it’s not a very good joke. And I’m certainly – ” (audience applause) “– thank you. Well, my responsibility – I take full blame for that. I told a bad joke. I told a joke that was beyond flawed, and my intent is completely meaningless compared to the perception. And since it was a joke I told, I feel that I need to do the right thing here and apologize for having told that joke. It’s not your fault that it was misunderstood, it’s my fault. That it was misunderstood.” (audience applauds) “Thank you. So I would like to apologize, especially to the two daughters involved, Bristol and Willow, and also to the governor and her family and everybody else who was outraged by the joke. I’m sorry about it and I’ll try to do better in the future. Thank you very much.” (audience applause)

It's good that Letterman is apologizing. He definitely crossed the line.

But his apology appears to waffle.

On the one hand, when Letterman says, "my intent is completely meaningless compared to the perception," he seems to imply that the problem rests with us, not him. We just don't get it.

On the other hand, he admits fault for putting out into the public square a joke difficult to appreciate with his remark, "It’s not your (the viewer's) fault that it was misunderstood, it’s my fault."

A true apology focuses on the actions we did--on our guilt. Despite what Letterman says, one's intent does matter. In fact, it's the heart of the matter.
Posted by Living the Biblios at 7:41 PM 1 comment:

The Federal government is telling hundreds of GM and Chrysler dealerships that they will no longer be authorized dealers. Incredible that this is happening in America.

Watching C-Span 2 tonight, I heard Pete Lopez, owner of the Spencer Auto Group in Spencer, WV testify before the Senate. Spencer's population is about 3,000 and resembles life in rural Kansas. Like dealerships in this area, Spencer Auto Group is getting both their GM and Chrysler dealerships pulled out from under them. 18 jobs are at stake.

Lopez told how his dealership drives 30 miles each way to pick up and service the car of a 79 year old lady. Spencer sponsors the local 4-H club and provides cars to local high school driver's ed program. Spencer is a community leader. And the Federal government's intrusion into GM and Chrysler--and the Fed's long meddling in the auto industry with its rules and regulations--is ruining this company and reducing the quality of life in rural America.

Dag gone shame.
Posted by Living the Biblios at 1:18 AM No comments:

10 People a Pastor Should Fear

The visual effect of a breaking curve ball

Are you smarter than a Confirmation student? Test yourself with these 25 T/F questions that my friend Pastor Bob Thompson gave his confirmation class. Answer here.

The last survivor of the RMS Titanic ship has died.

I like this response in the comment section of an article called, "Stop Starbucks"--"If capitalism is driven by greed, social justice is driven by envy." So true!

Christian music industry is feeling the effects of the recession.
Posted by Living the Biblios at 6:32 AM No comments:

In a speech yesterday at the National Press Club, former Vice President Dick Cheney expressed his support for gay marriage, clarifying that it was an issue for states to decide, not the federal government:

"I think, you know, freedom means freedom for everyone," Cheney said in a speech at the National Press Club. "I think people ought to be free to enter into any kind of union they wish, any kind of arrangement they wish."

Cheney, who has a gay daughter, said marriage has always been a state issue.

"And I think that's the way it ought to be handled today, that is, on a state-by-state basis. Different states will make different decisions. But I don't have any problem with that. I think people ought to get a shot at that," he said.

Because Cheney is a Republican-- and a very influential one amidst a party that generally opposes gay marriage-- his remarks will be a rallying cry for the gay rights movement.

Cheney's comment is astounding because it's a cart blanche call for any kind of sexual union. Polygamy, multiple marriages, unions between adults and children, near relative with near relative, swinger marriages, etc. Because "any union they wish" means... well... any imaginable arrangement.

Yes, people are free to do whatever they want. But whether they should do whatever they want is the debate of ethics and morality, and society's codifying that behavior is a matter of law. As precious freedom is, freedom is rightfully limited by society through the making of laws. And in the realm of sexual ethics, society is right to limit marriage to one man and one woman. For the Christian, Jesus Christ calls us to respond to his saving grace by willingly limiting our freedom. We are to practice self-control, deny ourselves, and pursue God-defined holiness (Romans 12:1-2; Hebrews 12:1-13).

Politically, our society is unlikely to soon adopt an "anything goes" arrangement regarding marriage. But philosophically, Cheney's call for absolute sexual freedom was surprising and incredibly misguided.
Posted by Living the Biblios at 8:33 AM No comments:

But violence in the name of protesting abortion is immoral, unjustified, and horribly harmful to the pro-life cause. Now, the premeditated murder of Dr. George Tiller in the foyer of his church is the headline scandal -- not the abortions he performed and the cause he represented.

We have no right to take the law into our own hands in an act of criminal violence. We are not given the right to take this power into our own hands, for God has granted this power to governing authorities. The horror of abortion cannot be rightly confronted, much less corrected, by means of violence and acts outside the law and lawful means of remedy. This is not merely a legal technicality -- it is a vital test of the morality of the pro-life movement.

Mohler also makes his appeal pointing back in history to John Brown, a zealous abolitionist who made Kansas history:

The pro-life movement in America must not wage war against abortion by following the example of John Brown. Nor can we allow ourselves the luxury of the logic of defending the indefensible along the lines of Thoreau. We must confront this great evil of abortion from a higher plane, and know that the battle is ultimately in God's hands.

Mohler's bottom line is the ends does not justify the means.
Posted by Living the Biblios at 1:26 PM No comments: