With the Obama administration running out the CEO of General Motors, this quote from the Kruse Kronicle is apt commentary:

Autonomous individualism is a product of the Enlightenment. But so is the notion that a national government entity can correctly comprehend massive complexity, act with greater wisdom toward the common good than what emerges from people freely engaging one another, and that it can do so with greater moral rectitude than would otherwise be the case.

Amen to that!
Posted by Living the Biblios at 8:07 AM No comments:

When Faith Really Gets Tested

Here's the story of a woman who really had to put her faith into practice:

Of the three, Mary seemed the least troubled by the unfairness of what had happened, perhaps because she had been through a life-changing ordeal before.

In 2005, while she was teaching at William B. Travis Academy, a teacher from another school attacked her in her classroom, upset over a perceived insult against her daughter. The assault left Mary with serious injuries, and it took her months to recover. Still, she forgave that teacher, just like she has forgiven the driver.

"This may sound cheesy," Mary said from her wheelchair one afternoon. "But every night before I go to bed, I say the Lord's Prayer. There's a line in there, 'Forgive us our debts, as we forgive our debtors.'

"I thought about that line sometimes as I lay in the hospital at 2 a.m. I thought, 'Am I going to say those words, or am I going to live those words?' "

The driver should be held accountable, Mary believed, but she felt no anger toward her.

"I only have so much energy," Mary said, "and I choose to spend it on healing."

Wondering what happened? Read this inspiring story from the Dallas Morning News.

HT: Bruce Tamaso
Posted by Living the Biblios at 10:54 PM No comments:

This is one of my favorite illustration stories:

Fred Craddock, in an address to ministers, caught the practical implications of consecration. "To give my life for Christ appears glorious," he said. "To pour myself out for others ... to pay the ultimate price of martyrdom--I'll do it. I'm ready, Lord, to go out in a blaze of glory.

"But the reality for most of us is that he sends us to the bank and has us cash in the $1,000 for quarters. We go through life putting out 25 cents here and 50 cents there. Listen to the neighbor kid's troubles instead of saying, 'Get lost.' Go to a committee meeting. Give up a cup of water to a shaky old man in a nursing home.

"Usually giving our life to Christ isn't glorious. It's done in all those little acts of love, 25 cents at a time. It would be easy to go out in a flash of glory; it's harder to live the Christian life little by little over the long haul."

Why Abraham Piper would make blogging a requirement for seminary students.

Get a masters degree studying the Beatles.

Free through March, an online look at the very fine ESV Study Bible.

Fattening, over the top food. Yum.
Posted by Living the Biblios at 9:47 AM No comments:

I must be getting old. Another important person from my Cincinnati childhood has died.

Albert Lewis, aka "Uncle Al" of "The Uncle Al Show" died February 28 at age 84. His funeral was today.

Uncle Al was a live children's show that aired daily on WCPO channel 9 from 1950-1985. With his wife, "Captain Windy," Al & Wanda Lewis entertained thousands of Cincinnati kids like me who grew up in the baby boom generation.

Over the years, 410,000 kids appeared on his show-- my sister being one. I'm still jealous!He was always smiling, making music, and having fun.

Uncle Al was wholesome. He was one reason you enjoyed being a kid.
Posted by Living the Biblios at 9:54 PM No comments: 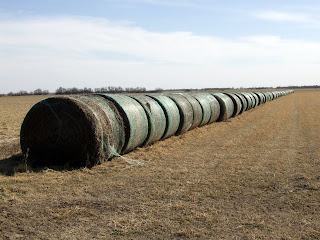 Posted by Living the Biblios at 9:39 PM No comments: