Check out this Christmas truck. I've now seen everything!
Posted by Living the Biblios at 2:56 AM No comments: 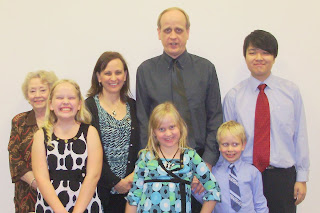 Posted by Living the Biblios at 1:01 AM No comments: 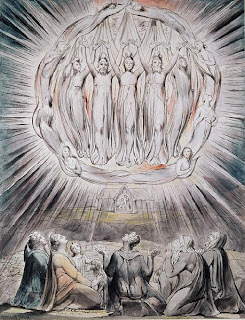 "Annunciation to the Shepherds"
William Blake
1809
Posted by Living the Biblios at 1:59 AM 1 comment: 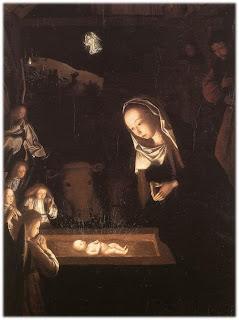 Check out these unusual and unique Christmas trees!
Posted by Living the Biblios at 10:57 AM No comments:

Advice about What Matters Now

I love good advice. It's stimulating. It broadens your horizons. It may just be the word you need now.

Seth Godin has compiled an ebook entitled, "What Matters Most" that features 70 authors from various fields giving 70 words of wisdom. Each entry is short, succinct, and fascinating.

Particularly interesting is Dave Balter's "Dumb" entry (p. 43) about what makes dumb smart, Dave Ramsey's "Momentum," (p. 27) where he shares the formula for lasting success, and Derek Siver's "Passion," (p. 51) on finding it in everyday moment.

This is a great ebook that stimulates personal reflection.
Posted by Living the Biblios at 7:37 AM No comments:

The Turning Tide on Abortion?

Pro-lifers have always argued that abortion is a grievous act that not only takes the life of a human being (Psalm 139), but also brings with it enormously negative psychological and spiritual consequences. Now, that reality is being acknowledged in a surprisingly candid article by pro-choice advocate Jennifer Senior in New York magazine.

In "Just How Pro-Choice is America, Really?" Senior explains how the nation has consistently opposed abortion since Roe vs. Wade, how advances in technology have fortified the pro-life arguments, and--most importantly--how difficult it is for many pro-choicers to emotionally come to terms with this gruesome procedure.

As the Congress debates whether to permit abortion coverage as part of the monstrosity of nationalized health care, may Senior's article persuade more pro-choice advocates like Abby Johnson to decide, "I can't do this anymore."

HT: Albert Mohler and Vitamin Z
Posted by Living the Biblios at 7:10 AM No comments:

The Who Concert Tragedy 30 Years Later

Typically, if you asked me what I was doing 30 years ago, I couldn't tell you, but I could today because this is the 30th anniversary of the Who concert tragedy in Cincinnati.

I was a high school senior attending the show with my friend Janet. We went out to eat beforehand, arrived late before the show's start, and entered the coliseum through a different set of doors than the one where the deaths occurred.

As we were walking out, someone approached us and said, "Did you hear a bunch of people got killed tonight?" I said, "Really? Wow!" I turned to my friend and said, "Did you hear that? He must be drunk." Outside the coliseum on the plaza, television trucks of the local stations were filming departing concert goers with their big flood lights. I said to my friend, "They must be here because the Who is so famous."

It wasn't until we got in the car, turned on WEBN, and heard the dire concern of the disc jockey's voice, that we finally realized what happened. The announcer said, "If you've been at the show, please call your family right away and let them know you're safe." So we drove to a phone booth and called our families. My mother was worried sick. My younger sisters were crying. And that's when it finally dawned on this shallow teenager that we were at a spot of a tragedy.

Initial reports described the deaths as a stampede, implying that fault rested with the concert goers. But further investigation would show that the real fault rested with coliseum officials who didn't open up a sufficient number of doors for a sold out crowd.

WVXU has produced and an excellent radio special and the Cincinnati Enquirer has lots of stories and links about this tragic day, 30 years later.

Posted by Living the Biblios at 9:43 AM No comments: